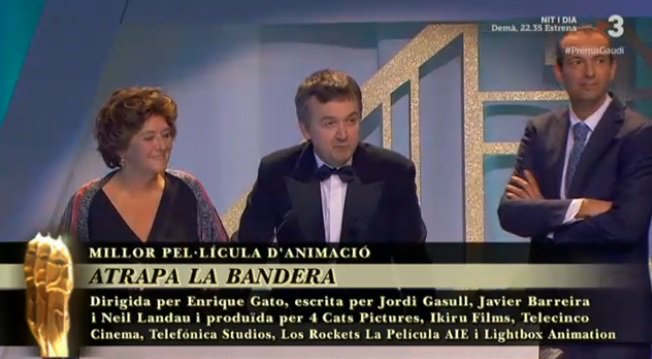 With the attendance of 2.000 people, the ceremony of the Gaudí Awards granted by the Catalan Cinema Industry honored ‘Atrapa la Bandera’ with the award of Best Animated Film.

The responsible for collecting the award were the founders of our production company, Edmon Roch y Victoria Borras, and the producer Jordi Gasull. As Roch says: “When we started, we have dreamed to be able to compete with foreign animated films, and we made it possible”