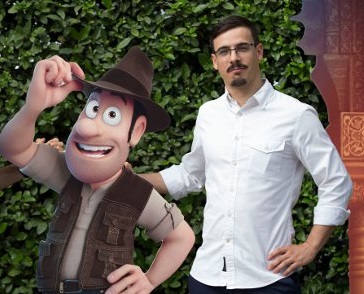 David Alonso: “I set myself a double challenge: to satisfy the implacable cinephile I am and to thrill the eight-year-old I was” 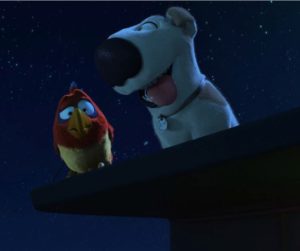 Often the directors claim to make films that they would enjoy in the cinema as spectators. “I set myself a double challenge: to satisfy the implacable cinephile that I am and to excite the eight-year-old boy I was, the one who grew up with the eighties cinema that so much inherits Tadeo Jones,” confesses David Alonso.

“We wanted to make the second installment of Tadeo a great entertainment that surprised the viewer and surpassed in each of the artistic and technical sections his predecessor,” says the director.

The script germ of ‘Tadeo Jones: The Secret of King Midas’ had all the ingredients of a great adventure film: a mystery hidden in a legend known to all, an odyssey around the world, picturesque locations, endearing characters and a pinch of romance. From there, it was only a matter of following the maxims of the bigger, better, funnier to make of the second delivery of Tadeo a great entertainment that surprised the spectator and surpassed in each one of the artistic and technical sections to its predecessor.

“It was not an easy task but I think we have achieved it,” says David Alonso. As a film director and perfectionist he is, he confesses that he would retouch every frame of the film ad eternum. “But my eight-year-old self, who is to blame for being on the other side of the projector today, who really counts, would be tremendously proud, clinging tightly to the movie seat,” David says.