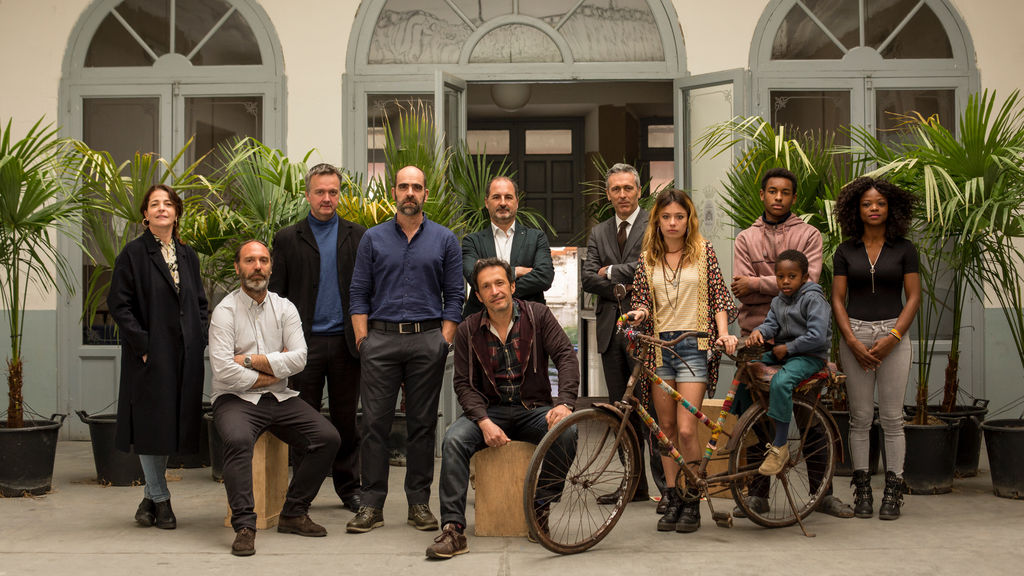 The Republic of Benin, Madrid and Murcia have hosted for seven weeks the filming of the film directed by Salvador Calvo, which addresses the drama of immigration through three interlaced stories

It has finished in La Manga (Murcia) the filming of UN MUNDO PROHIBIDO, the new film by Salvador Calvo (‘1898: The Last of the Philippines’) that deals with the drama of immigration, reflecting the reality of two worlds separated by a fence.

Different locations of the Republic of Benin, Madrid and Murcia have hosted for seven weeks the filming of the film starring Luis Tosar, Anna Castillo, Álvaro Cervantes and Jesús Carroza, together with Moustapha Oumarou and Zayiddiya Disssou, two children chosen from thousands of candidates of the African continent.

Produced by Ghislain Barrois and Álvaro Augustin (Telecinco Cinema), Edmon Roch (Ikiru Films), Javier Ugarte (La Terraza Films) and Un Mundo Prohibido AIE, with the collaboration of Mediaset España and the financing of the ICAA, will be released in Spain distributed by Paramount Pictures Spain.

In a desperate attempt to reach Europe and crouching before an airstrip in Cameroon, a six-year-old boy and his older sister wait to sneak into the holds of an airplane. Not too far away, an environmental activist contemplates the terrible image of an elephant, dead and without fangs. Not only does he have to fight against poaching, but he will also have to rediscover the problems of his daughter recently arrived from Spain. Thousands of kilometers to the north, in Melilla, a group of civil guards is preparing to face the furious crowd of sub-Saharan Africans who have started the assault on the fence. Three stories united by a central theme, in which none of its protagonists knows that their destinies are condemned to cross paths and that their lives will no longer be the same.