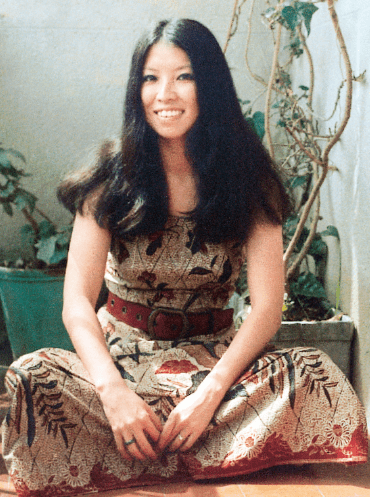 Sanmao, the woman who turned the Franco dictatorship into an exotic paradise in China

He was born in Chongquing on the banks of the Yangtze in 1943; she married a bearded diver from Madrid named José María Quero; he lived in the Sahara of the Green March; he wrote by force exotic semi-autobiographical accounts that were trafficked in the back room of the communist regime as manna; turned the gray Spain of the last years of the dictatorship into a strange, exotic and almost sacred terrain, and died (or committed suicide?) in Taiwan besieged by cancer in 1991. All this did Sanmao, also known as Echo Chen and whose birth name was Chen Ping. And all that is told in a delicate puzzle of suggestions, images and broken glass in the fascinating documentary ‘Sanmao: The Bride of the Desert’, signed by Marta Arribas and Ana Pérez de la Fuente, which will be released this Friday.

Arribas says that it all started with a phrase: “Do you know the story of my Chinese aunt?” A friend told her. Proud nieces stuff. “When she finished telling it, it seemed incredible to me that it was not in the public domain. How is it possible that no one ever told me about it?” the director remembers and remembers surprised. From what was narrated by the niece of the great Spanish love of Sanmao, in addition to a story full of incredible adventures, the journey through the life of an essentially free woman emanated intact. Sanmao arrived in Spain in the 1960s after suffering more than a simple love disappointment. His family knew the man who was a cook for the Taiwan embassy in Spain and who over time would become the owner of the first Chinese restaurant in Spain. And there it was. His arrival in the bourgeois Barrio de la Concepción was received with curiosity by all and with enthusiasm for one. José María, then little more than a teenager, fell exhausted and promised himself and Sanmao not so much eternal love as the wait necessary for that passion to be consummated in order. And for all eternity.

Years passed, she left, now she was about to marry a German, the German died the day before the wedding, she returned to Spain and the reunion. “She had an extremely exaggerated life. She was a completely free woman and eternally unadapted to any type of social norm or convention. That is why everything is as fascinating as everything is dizzying. And that is probably the root of her later success. Her writings They are not autobiographical, but they take their own life as a reference. And that kind of self-fiction without any kind of limit ended up becoming the wish of a whole generation of Chinese. His first stories became extremely famous in Taiwan and began to be read secretly in communist China. She was and represented everything forbidden by a society anchored in its traditional values ​​and subjected by an autarkic regime “, reflects the director.

In the early 1970s, the Sanmao and José María couple moved to Western Sahara. He, as a diver in the phosphate industry, and she, as an eternal wanderer, now in Laayoune. A china girl in the desert. His best-known collection of stories with a Spanish translation would emerge intact from the experience: ‘Diarios del Sahara’ (Rata publishing house). The film brings together documentary images of what was the Spanish Sahara with yellowed footage of the couple, while trying to reconstruct the irreconstructable through the use of animation in some cases or with the resource of extracts from the very delicate version of ‘El The Little Prince ‘filmed Arunas Zebriunas in 1966 in others. And all this guided by the deep and slightly broken voice of Lucía Jiménez to embody a spirit in eternal flight. “She had a very dark side and a very bright one. It is impossible to find a single Sanmao who was hiding at the same time that she was shown in her writings. That is why the ‘patchwork’ structure of the film”, clarifies Arribas.

Life goes on and, after the abandonment of the Sahara by Spain, the couple returns. But not to Madrid, but to the Canary Islands. There they will experience success from a distance: a celebrity in China, completely unknown in Spain. And so until in 1979, in a fatal accident while diving, José María died. It happened in Playa del Hombre, in Gran Canaria. What follows is an uninterrupted succession of escapes punished by sadness and loss. It seems that the myth of Sanmao grows at the same speed as his agony. The documentary stops at the movie ‘Red dust’, which Ho Yim shot with the life of our heroine as the setting. In that and in his later romances by force failed. In that and in a fame that remains intact and that reached its zenith when his books were no longer banned in the most populated continent on the planet. In that and in, finally, his tragic and dark death.

“Sanmao was an icon of freedom, a celebration of women without ties. Nothing is more exotic and free than a woman married to a bearded Spaniard in the middle of the desert,” says Arribas. And he corrects: “Maybe in Spain, no, but in China …”. Legions of readers regularly attend the plaque that remains as testimony of his presence at the Playa del Hombre. From the Far East to the Far West. The exotic is us.