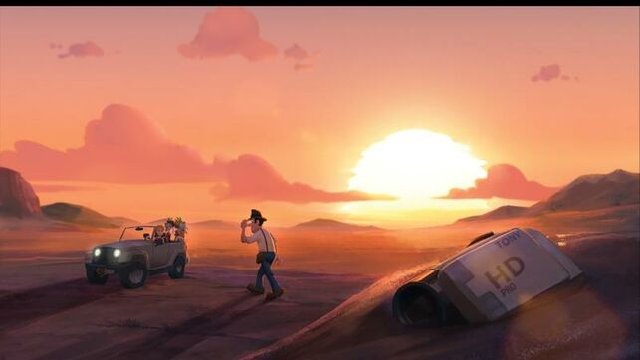 THE FILM “TADEO JONES 3. THE CURSE OF THE MUMMY”, WHICH HAS A BUDGET OF 11 MILLION EUROS, WILL REACH THEATER IN 2022

Among the 35 films that have received help from ICAA is the animated film “Tadeo Jones 3. The Mummy’s Curse” in which the animation studio Lightbox Animation Studios, directed by Nico Matji and Enrique Gato, has been working since 2019. You already know that animated cinema requires a great effort of time and money and that is why we are talking about a production of 11 million that will hit theaters in 2022. Its production companies also include Ikiru Films and Telecinco Cinema, so You will not be without a great promotional campaign when you hit the commercial rooms. Ah! I was forgetting, the ICAA has just received the maximum aid, which is 1.2 million euros.

Nico Matji, one of its producers, presented his first images in the Cartoon Movie animation forum in Bordeaux and also gave an advance on his argument: “Tadeo discovers an Egyptian mummy in Ancient Mexico and when he opens his sarcophagus it releases a curse that She turns her friend Mummy, the dog Jeff, and the parrot Belzoni into cursed beings. The protagonist must travel around the world to save their lives. It promises more doses of bad milk than the previous ones. She is a bit more adult. It is fundamentally about the desire to be recognized. Tadeo would very much like to be recognized by his archaeologist colleagues, but for one reason or another he always ends up messing around. It is a film much more of characters than all the others ”.