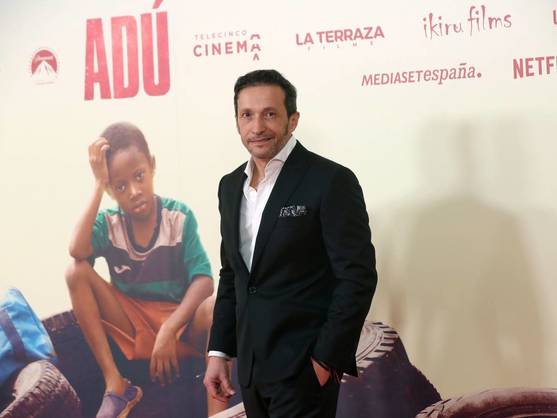 Salvador Calvo and ‘Adú’ for the Goya: “we can still make compromised cinema”

13 NOMINATIONS TO THE GOYA

He has only directed two feature films, but the director of ‘1898: The Last of the Philippines’ and ‘Adú’ has already accumulated 22 Goya nominations with both films.

One day after the 35th edition of the Goya Awards, Salvador Calvo, the director of the film with the most nominations, is already feeling the nerves of the ceremony. “We have to have a kind of photocall inside the house to do a kind of press conference with the media. You have to fix your house so that it looks nice. We have to do the dress rehearsal on Friday. We are going to have a camera with a backpack and an assistant who is going to make shots a little more special than the zoom ones “, he enumerates between nervous laughter.

‘Adú’, his second feature film for the cinema after ‘The last of the Philippines’, tries to cover the drama of immigration -especially from the sub-Saharan woman who arrives (or not) on the Spanish coast- through three stories starring Beninese Moustapha Oumarou, Zayiddiya Dissou and the French Adam Nourou, Luis Tosar and Anna Castillo as father and daughter, and Álvaro Cervantes in the role of a civil guard who works on the Melilla fence. A social drama that surprised by its box office – more than six million euros in a genre that has always repelled the Spanish box office – and by the thirteen nominations for the Academy Awards. 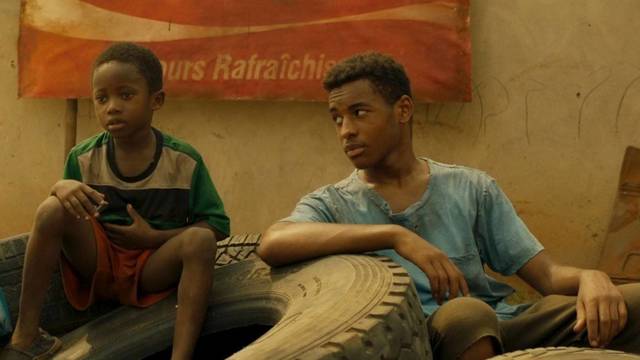 “It has been a strange year for everyone and everything,” admits Calvo. “Normally, when you premiere a movie in January – I also premiered a week after the previous edition of the Goya and a week before the Oscars – at the media level you don’t usually have any kind of repercussion. In the end the movie worked. And I had to agree with my producers, who were the ones who convinced me, because it had six weeks at the box office with the cinemas running at 100% before closing due to the pandemic, which allowed it to make a fairly good collection of 6,375. 000 euros. For a movie that cost 4 million it is quite good “.

During the filming of ‘1868: The last of the Philippines’, Calvo’s partner accompanied him in the month and a half of filming that took place in the Canary Islands. There he learned about the tragedies that many of the immigrants who came to the Spanish Committee for Refugee Aid (CEAR) had overcome and felt that beyond what the Newscasts broadcast, recounting the journey of these migrants through the cinema could help raise awareness of a more emotional way to viewers. “There I learned the story of the child in whom Adú was inspired, who was a boy who had come with his mother and two sisters,” the director’s story begins.

“The mother, after two weeks, had spent the money that the Commission gave them on a La Perla bra. And at the Commission they began to be suspicious, until one day they heard the child call her ‘Mrs. Joela’ and she tell him that there he called her ‘mom’ “. After subjecting them to a genetic test, the authorities realized that the boy and his supposed mother were not related. “That child came with a network of organ trafficking. What they do with these children … they scrap them and sell the organs in a market that has its epicenter in the Canary Islands and that extends throughout Europe,” he explains affected. “When the boats arrive at the coast, some motorcyclists wait and take those children, who no longer count, nor do they appear in statistics and nobody knows anything about them. They make them disappear.” 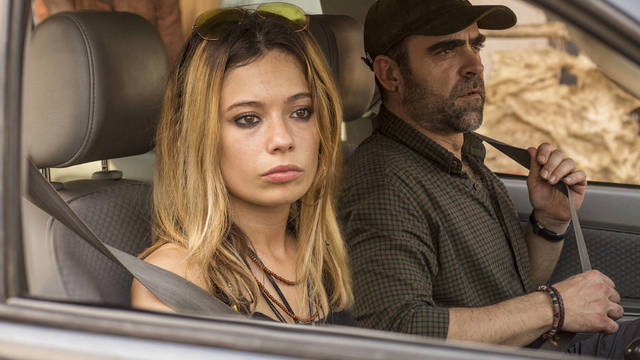 From there he also borrowed the story of Massar, the character played by Nourou. “He was a boy from Somalia who had run away from an uncle of his who raped him and who was a warlord. He had managed to escape from there, cross only the Sahara desert and ended up in Morocco prostituting himself to pay the price of the patera” . In ‘Adú’, both children end up on their odyssey north to the promised land. A story so hard that, probably, most of the public can only digest it through fiction.

Calvo wanted to reconstruct through fiction that possible path that leads a child from a country like Cameroon, where Boko Haram continues to murder and kidnap in the face of the inaction of a repressive government with the civilian population, to Spanish territory. For this, he has had the help of the Cuban screenwriter Alejandro Hernández, who already wrote the libretto for his previous film. To shoot this ‘road movie’ that takes place in Cameroon, Senegal, Mauritania, Sahara, Algeria, Morocco and Melilla, Calvo’s team, with the art director César Macarrón, and given the few security guarantees offered by some countries in the region. area, they decided to shoot in Benin, in the Gulf of Guinea, which offered them all that range of landscapes they needed for ‘Adú’.

“Because in ‘Adú’ I wanted to tell the story of the Africans who want to reach Europe, the Europeans who need Africa -the reverse journey is made by that father and daughter played by Luis Tosar and Anna Castillo, that family that has no communication behind the divorce and they want to meet again-, and that of those who prevent these two worlds from meeting, which is that of the fences and the guards “, he analyzes. “With the father and the daughter we wanted to tell the problems of the first world, which seen in context with those of the third world are even ridiculous. We have tried, in any case, not to judge them, only to put them so that the viewer realizes that it that for the viewer it is a problem that his daughter goes out with I do not know what people and gets up to her ass and is not interested in anything, compared to what happens with these African children is insignificant “. 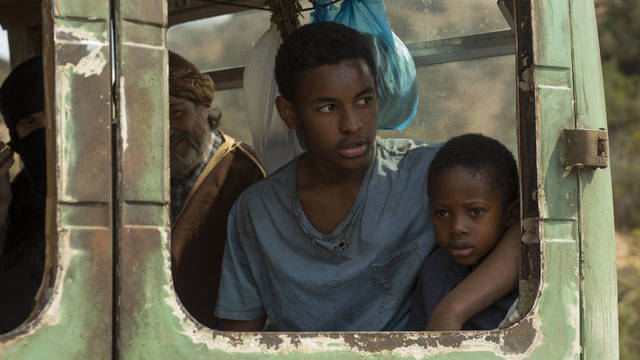 The director also reflects on the will to communicate (or the lack of it) in the modern world. “The two main African children, each one speaks completely different languages ​​because they come from different countries, but they understand each other, while the father and daughter speak the same language and not. There is something in our society that prevents communication from flowing, because in communication there is a thing called will. ”

One of the greatest satisfactions for Calvo has been to reverse the idea that films like ‘Adú’ do not interest a majority audience. His film has attracted 1,088,469 viewers to theaters in a terribly difficult year. “We have managed to show that it is possible to make films with committed subjects that interest the public: what you have to find is a good story.”