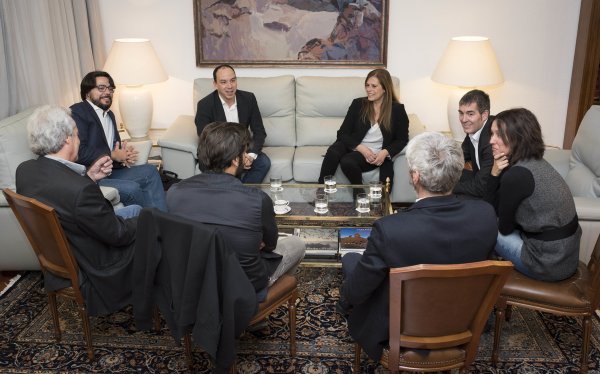 The President of Canary Islands’ government Fernando Clavijo, welcomed last friday in the Canary’s government delegation in Madrid, the canary members of Capture the Flag’s team, recently nominated to the Goya Awards.

Our teammates Marcos Martín, representative of Lightbox Entertaiment in Canary Islands,  and Nicolás Matji, producer of the company were part of the meeting.

In addition, he point out that they are “an example to those who work hard and train to have their own place in the artistic world”.

He assured that the Government of Canary Islands will assign the amount of one thousand euros, trough the plan supported from IGTE funds, for the financing of film productions and to promote Canary Islands as a location for national and international film shootings.