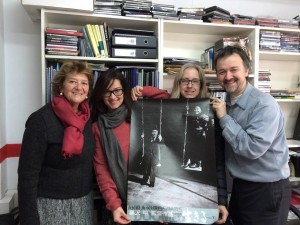 1.First of all, we would like to ask you about the name of the production company. ‘Ikiru’ is the japanesse for ‘live’ and it’s the title of a 1952 Akira Kurosawa’s movie. Why did you choose that name for your Company?

I always say that first of all I am an spectator. My parents used to take me to the cinema and there, I discovered a new world; I liked to watch movies, talk about them, dream about them and then study and write about them, and one day I imagined that I could contribute to make them too.

I was lucky to start as a young man with 24 years, with the film ‘Barcelona’ of  Whit Stillman (1994),  and since then one movie leads me to another until 2004 that I’ve decided to create my own production company, not to make movies from others, but to decide which were the movies in those I believed and wanted to produce. That was the beginning of Ikiru Films.

3.It has been 20 years making movies, it’s a hole life relationship?

I wish, it’s what I like the most, it’s the best thing I do. 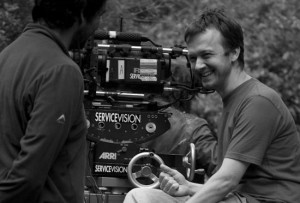 4.What would you have been if you weren’t a film maker?

Well, I would have stayed in the cinema, dreaming, enjoying, writing about this world, and doing things with meaning, as in the movie ‘Ikiru’.

5. Ikiru Films has many important titles acclaimed by critics and audience such as ‘Lope’, ‘El Perfume’ or ‘El Niño’, ¿Which film makes you more proud?

Is imposible to pick one. I am proud of every film I’ve done, and I will make all of them again, no exceptions.

All the movies have something special, there’s ‘Garbo. El espía’, that despite being my smallest movie gives me great joys, and it explains an essential story, about Joan Pujol, the spy who deceived Hitler. I would point ‘Barcelona’ because for me was a discovery, the same for ‘El efecto mariposa’, ‘Siete años en el Tibet’, or ‘The last days of disco’. But in general, all of them: from ‘El Perfume’ to ‘El Niño’, going trough the animation ones.

6.Animation films in Spain are surprising everyone, a good example of this are ‘Tadeo Jones’ or ‘Capture the Flag’, both produced by Ikiru Films. Have you imagined such a good feedback from the audience?

No, the truth is we were afraid even with ‘Las aventuras de Tadeo Jones’, we didn’t want it to be our first and last animation incursion. And then, it turns into our blockbuster movie. The animation is a grateful genre because it’s made for the family, enjoyed by parents, sons and grandparents.

7.Why did you go into the animation world?

Because is a real cinema, were you can create new worlds and tell passionate stories. Because I am an animation fan. It has always been a priority all my life. There are people who walked out the animation when they grow up, I didn’t.

We have movies that fail and others that pass with honors, like in every film industry, i would say the same of Hollywood, Bollywood, France or Germany. The thing is that spanish industry has improved a lot in the last years, technically is highly competitive and we have great creators.

9. Have you change your vision of the cinema, now that you are part of the Academy?

No. It has allowed me to go deeper in different aspects of our job, but always with the aim to help and contribute to our cinema. It’s a great opportunity for growth.

10.Which spanish movie would you have wanted under Ikiru Films production? and an international one?

So many, i like films which tells good stories. Just to tell you two and very different ones, the spanish ‘Asaltar los cielos’, which I think is great, and the foreign ‘Pesadilla antes de Navidad’, which I’m never tired to see. Also I’d have loved to produce  anything from Kurosawa, Fellini or Scorsese. Or from Hitchcock, Murnau, Clouzot, Mamoulian, Visconti, Mankiewicz, Errol Morris, Pixar… and it’s an endless list.

11. To conclude, tell us about the future projects of your Company.

Well, we are finishing with the second part of  ‘Tadeo Jones’, that we release on summer 2017, and working on new projects from Daniel Monzón and Tito López Amado.
Also we are working in a passionate documentary film from Marta Arribas and Ana Pérez, and in a novel film from David Victori. Films very different but with soul, Ikiru films.