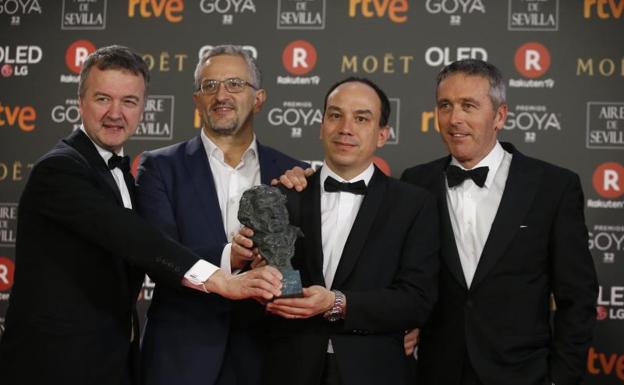 And the Goya goes to…

Tadeo Jones 2: the secret of King Midas’, has given us a joy again by receiving the Goya in the 32nd edition of this film festival for the best animated film. The film has managed to overcome the other two nominees in this category: ‘Deep’ and ‘Nur eta Herensugearen tenplua
The Academy of Arts and Cinematographic Sciences of Spain has presented on Saturday the Goya Awards, the most important awards that are granted in Spanish cinema, which has celebrated its 32nd edition.
The ceremony took place for the sixth consecutive year at the Madrid Marriott Auditorium Hotel and has featured comedians Joaquín Reyes and Ernesto Sevilla as masters of ceremonies. There we were represented by #EdmonRoch receiving the prized award.