Yucatán will hit theaters on August 31

Daniel Monzón (Celda 211 and El Niño) returns to comedy with YUCATÁN, a film produced by Telecinco Cinema and Ikiru Films, with the participation of Mediaset Spain and Movistar + that will arrive in Spanish theaters next August 31 of Hispano FoxFilm. Monzón, again in front of the screenplay with Jorge Guerricaechevarría, directs a choral cast again headed by Luis Tosar, along with Rodrigo de la Serna, Joan Pera, Stephanie Cayo, Toni Acosta, Jorge Asín and Agustín Jiménez.

Yucatán reunites for the first time Daniel Monzón and Luis Tosar in a comedy after the successful Cell 211 and El Niño. Another tandem, formed by Daniel Monzón and Jorge Guerricaechevarría, repeats in the script of this film, shot for almost three months in various locations in Mexico, Brazil, the Canary Islands, Morocco, Madrid and Barcelona, including a two-week cruise on the high seas by the Atlantic Ocean. 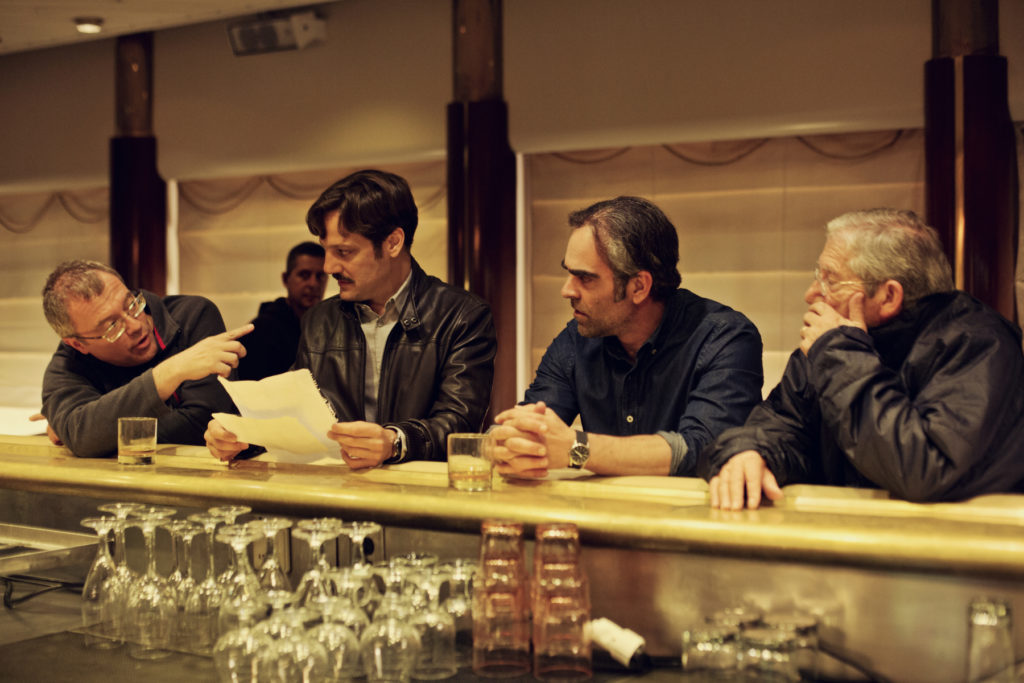 Synopsis:
Lucas (Luis Tosar) and Clayderman (Rodrigo de la Serna) are two swindlers, professionals of deceiving naïve tourists in luxury cruises. Years ago they worked together, but the rivalry for Veronica (Stephanie Cayo), the beautiful dancer of the boat, made them lose their heads and ruined their society. Now they work separately, Lucas in the Mediterranean and Clayderman in the Atlantic. That was the agreement. But an unexpected booty prompts Lucas to break into his ex-partner’s ship, which turns the exotic journey from Barcelona to Cancun, through Casablanca, Tenerife, Brazil and the Yucatan jungle, into a fierce duel of cheats without any rule, but many low blows…