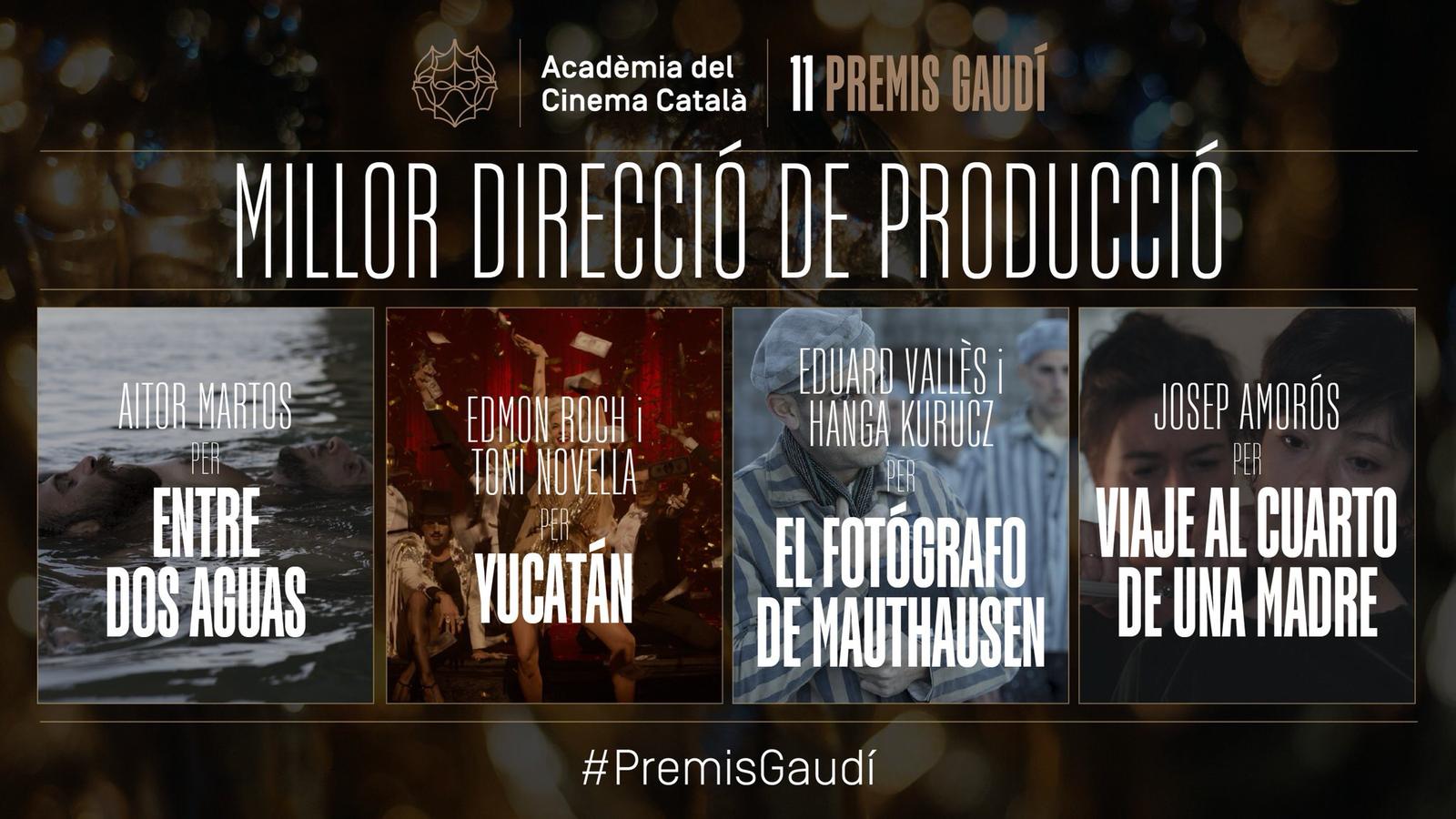 The 2019 Gaudí Awards are close and we have already known the nominations for the 11th edition of these awards given by the Catalan Film Academy, which will be awarded and delivered next January.

In the category of Best Direction of Production, Edmon Roch and Toni Novella have been nominated for the film Yucatán, who will compete for this statue with Aitor Martos for Entre Dos Aguas, with Eduard Vallès and Hanga Kurucz for The Mauthausen Photographer and with Josep Amorós for Trip to the Room of a Mother.

The Academy of Catalan Cinema organizes and awards the annual prizes to disseminate and promote the best films, artists and technicians of the Catalan film sector and will be delivered on January 27 at the Palau de Congressos de Barcelona.