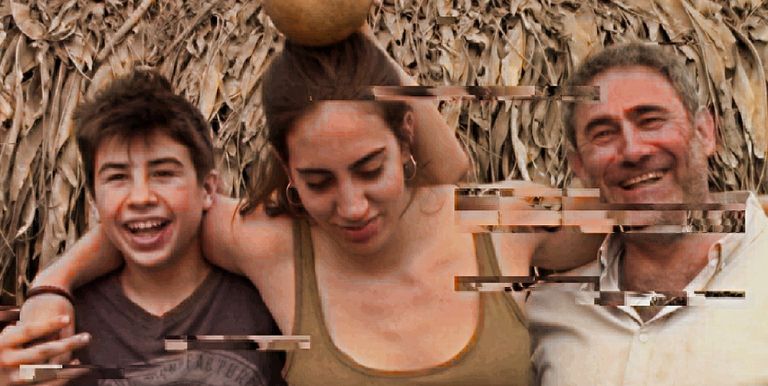 ‘STAFF ONLY’: WE ARE ONLY TOURISTS

Neus Ballús is confirmed as one of the national directors of reference after the surprising debut that was ‘The Plague’, six years ago. In ‘Staff Only’, presented in the Panorama Section of the last Berlin Festival and now we can enjoy thanks to the BCN Film Fest, the Catalan travels to Senegal to explain a bittersweet maturation story.

What’s up? Marta’s last days (debutant Elena Andrada) before she turned eighteen are being a real hell. Her father Manel (Sergi López), separated from her mother for years, has decided to “kidnap her” and her little brother Bruno (Ian Samsó), to spend a few days on vacation in Senegal. Locked up in a hotel with a swimming pool, one of those of a wrist band, and surrounded by retired people all day without too much adventurous spirit, Marta is eager to know the “real” side of the country.

To get away from the prefabricated tourist experience, it will go into the area for hotel employees only, where it will befriend Aissatou, a girl her age, and with Khouma, the tour guide who accompanies her group. Through her relationship with Khouma, Marta begins to transgress the strict limits her father has imposed on her, ignoring the consequences that her actions may have.

What’s up? In ‘Staff Only’, Neus Ballús, director, editor and co-writer (together with Pau Subirós, with whom he usually works), carries out a solvent exercise in film intelligence based on a simple a priori premise. This is, in principle, a story of structured personal maturation to the rhythm of the disagreements between a father and a daughter who, for more inri, goes through the exciting age of the first times. Manel seems to have been rather absent from Marta’s life, so when he limits her daughter’s desire to explore, her prohibitions automatically become objective: that is, from separating from the group during excursions to drink a miserable mojito next to the pool. For the girl, her father represents an unwanted captor before a responsible adult, so any attempt at reconciliation is received by rolling her eyes. Such adolescent gestures could be almost parodic, but this is not the intention of Ballús, who always bets on the empathetic portrait and, therefore, full of grays, rather than the simple parody of that childish disdain.

Hence, his decision to work mostly with non-professional actors, which leaves us with interpretations as genuine as that of the protagonist Elena Andrada. The only actor, Sergi López, on the other hand, naturally returns to that informal and well-intentioned Catalan role to which he has already accustomed us. The photography direction of Diego Dussuel complies, prioritizing the faces of the actors (sometimes even pressing them in the foregrounds) in a realistic staging, which avoids that ocher color so trite in our imaginary when we think of that globalizing concept which is “africa”.

Marta, in fact, thinks a lot about Africa or, at least, what she thinks she is. Think of it when you are caught in the middle of a ridiculous traditional dance show for tourists, or when you are forbidden to go out to the beach in front of the hotel to swim. The girl, aware that she lives in a universe of prefabricated charm to the delight of the current western, tries to escape in every possible way to the “real” experience of local life. Khouma, for her, is not only a love interest, but also represents all those experiences that have been denied because she is a flat tourist. What he does not know is that, with his eagerness to familiarize himself with an environment that is alien to him, deep down, he is repeating the same behavior of the average tourist that he hates so much. Part of its growth process, then, will consist in learning that the local experience cannot be treasured, as the settlers kept their most exotic relics, but that it consists in learning to maintain limits with thresholds that should not be crossed. Because maturing can also be becoming a good tourist.

This is a story that could have been told from the mere psychological portrait, and the truth is that the naturalistic component is not missing. But Ballús incorporates another dimension of the look in his game: the videos that Khouma is riding to give to the tourists of his group as a souvenir of the excursions of the trip. At one point in the movie, the guide teaches Marta her secret method: trim the video fragments where they look tired, bored and angry, to build, through editing, a false but perfect story. For Westerners, “Africa” ​​is also a bit like that: an idea of ​​an unknown middle continent, shattered by the news that comes to us. Far from a rich and multicultural reality, which we will probably never be able to grasp, Africa is still our own name, generalized and falsified by a postcolonialist and fallacious look.