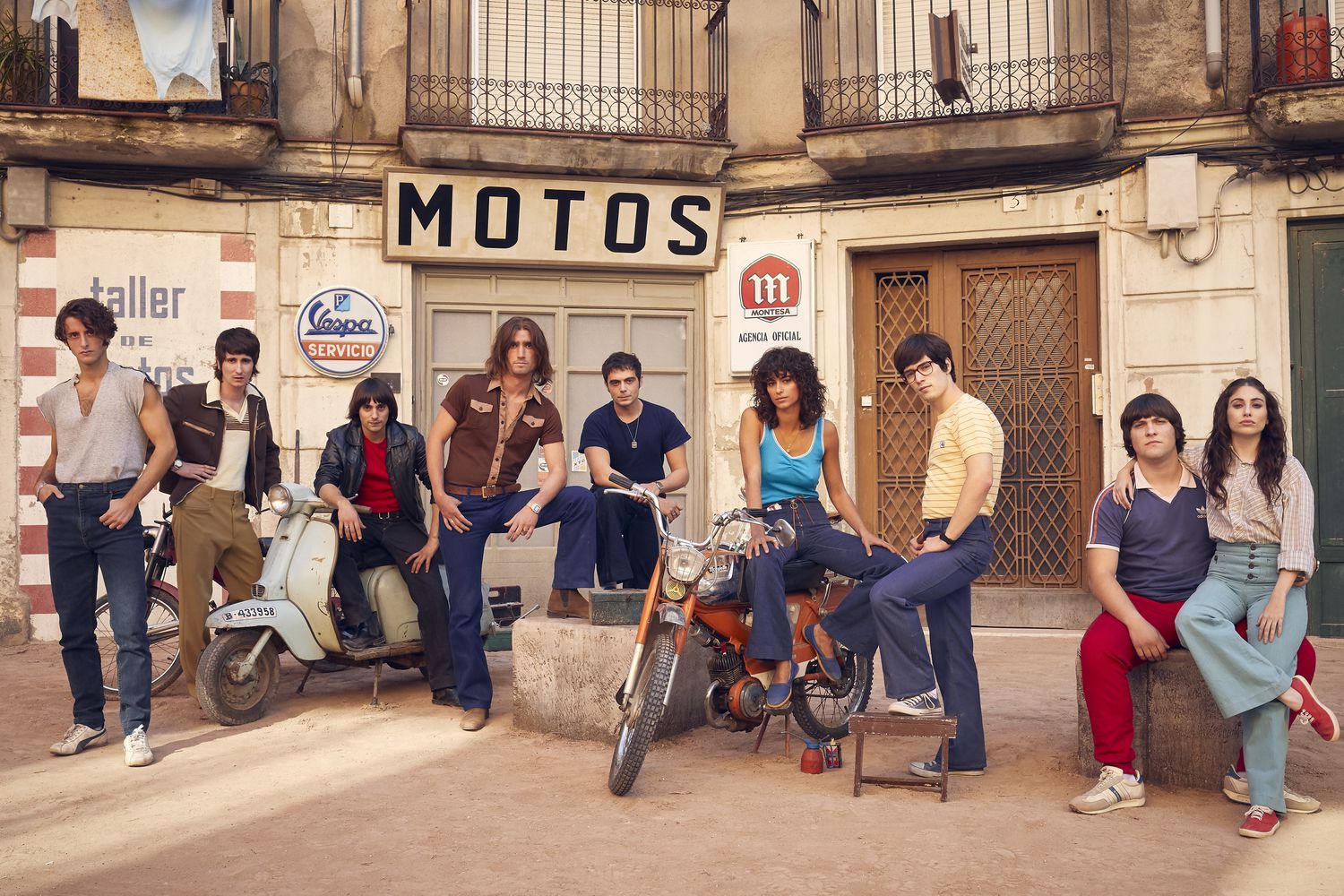 Daniel Monzón goes to the quinqui cinema with Javier Cercas

The filmmaker finalizes the montage of ‘The laws of the border’, which adapts the novel of the same name about a time that is “essentially vital and rebellious”

Daniel Monzón (Palma, 52 years old) laughs out loud, as if it were a flood. And it happens even when he tells how the pandemic and the spring confinement also affected his new film, The Laws of the Border, an adaptation of the novel by Javier Cercas. “We were about to shoot. I decided to fine-tune with the locations and asked the kids to wear hair, to watch movies of the time and to communicate with each other. When we got to the shoot, they were going with their own hair and turned into a gang, “he recalls. Locked up in a editing room in Madrid next to Mapa Pastor, where he is finishing this production phase of his film, Monzón admits to a group of journalists that he wants to recover an “essentially vital and rebellious time, rebuilding the past from a current perspective, because today the same wishes have returned. It is not a movie only for those who remember what that was, but for everyone who ever felt something similar. After all, the emotional drives are the same for those kids and for the current ones: screaming, running, dancing, fucking ”.

The director of El corazón del guerrero, Cell 211 or El Niño teaches a sequence in which the protagonist, Nacho, gives his first pull. And in that gesture and that career, in that entrance to crime emotionally and sentimentally hooked on Zarco and Tere, who close the main triangle, you can see the transformation of a kid who wants to be respected in a new world, the quinqui world, in the summer of 1978. Because the novel is not only about that, but Monzón and the screenwriter Jorge Guerricaechevarría have focused on that part, a time that the filmmaker also remembers, like yet another of the kids who lived in neighborhoods that adjoined wastelands: “I grew up at the end of the city. My family was middle class and, from the window, I looked with fascination and fear at that territory and those people. Logical: you live in a convention and you see someone who breaks those rules ”. And so he falls into the quinqui cinema, in which he entered for the least quinqui of all those films: Quickly, Quickly, by Carlos Saura. “There are echoes even in politics, because today times of oppression are being lived again, and we look at that arcadian, in times when the A side of the Transition was the celebration and hope of freedom, and the B side it was suffered by all the people who crowded together in the suburbs of the big cities, and whose young people, the quinquis, wanted to enjoy the same party. And for this, they concluded that if they did not give it to them, they would take it themselves by the hand ”, says the filmmaker, who lists the films of José Antonio de la Loma and Eloy de Iglesia.

The cinema of Monzón, whatever the genre it was shot, has always been structured by an emotional story. “At least I’ve always tried. Here is a love story, and it is romantic in every sense of the word, because there is a sentimental triangle and because it reflects those times with legendary outlaws, those quinquis who sought freedom in the speed that a seat 1430 gave them. And also because both the novel and the film are born from the memory of the protagonist about that summer that he lived intensely ”, he summarizes. “Also, I enjoy that there is a powerful framework in the background.” Along with more professional actors such as Marcos Ruiz (Nacho, el Gafitas), Chechu Salgado (el Zarco) and Tere (Begoña Vargas, huge in Malasaña 32), the team has looked for some of the interpreters who embody Chino, el Piernas, el Flaco, el Gordo, el Guille or el Dracula in the filming locations of Catalonia (the original novel takes place in Girona). “I wanted to preserve that freshness of the eighties movies that featured people from the street. Before the pandemic, I joined them in Madrid, and three of them, who came from Terrassa, when they got off the AVE in Atocha were detained by the police who did not believe they were coming for a casting with Monzón. Just because of his looks: the casting directors had nailed him ”. And of the novel he confesses that he does not remember who gave it to him, although he does “of the brutal sensation caused by his reading of personal connection.” He felt that he “had to bring her to the screen.”

The border laws were shot from the end of August to the beginning of November, subject to all anticovid protocols. A teaser with images of the first 11 days of filming has already been shown at the San Sebastián festival. Now Monzón teaches more, like the brutes in a chase sequence through narrow streets and stolen cars … because there is no quinqui movie without cars or speed. Not even in a more stylized quinqui cinema like Hasta el cielo, by Daniel Calparsoro. “In 1978 I was 10 years old, so I came to the Quinqui cinema later. I very much remember Stray Dogs ”. From that wave, Monzón has inherited his usual director of photography, Carles Gusi, who was already responsible for that work in Yo, El Vaquilla.

There are more echoes of quinqui in today’s society, although Monzón acknowledges that “both those neighborhoods and their desire for freedom have been raided, crushed by the authorities”, and that the heroine “struck down its people.” For him it is clear: “The current urban culture [and the new quinqui cinema] drink from those roots. I think of Rosalía, in C. Tangana. It is the quinqui rebel spirit, and you can see that in the clothes and in the music. In its soundtrack, in addition to the classics, Monzón bets on a current Sevillian group, Derby Motoreta’s Burrito Kachimba, which with only three years of life already leads the new wave of what, they themselves define it, the kinkidelia.