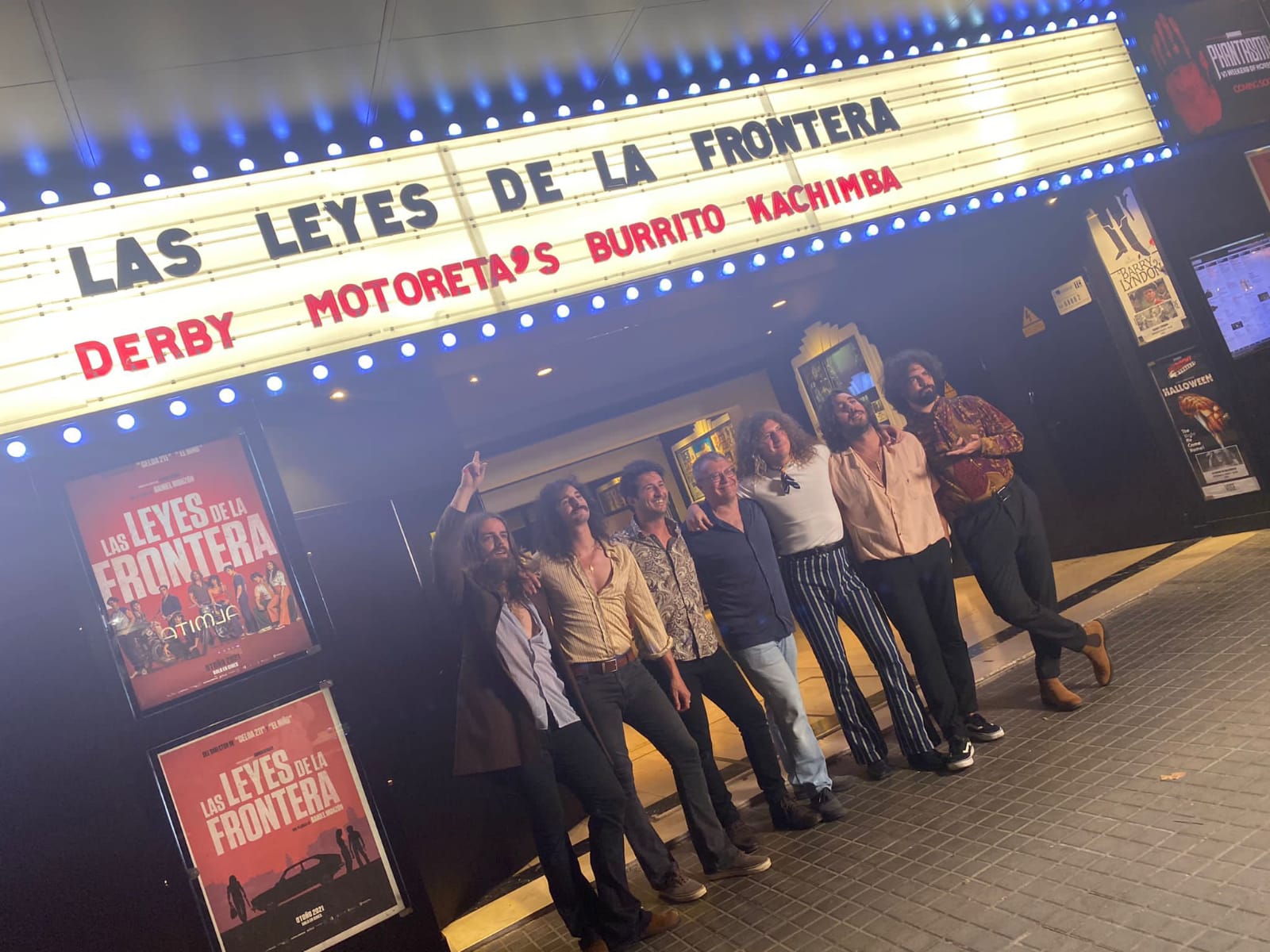 The Laws Of The Border (Original Song From The Movie “The Laws Of The Border”) | The Laws of the Border, News | “LAS LEYES DE LA FRONTERA”, the new and eagerly awaited film by Daniel Monzón (El niño, Celda 211), adapted from the novel of the same name by writer, columnist and winner of the 2019 Planeta Award, Javier Cercas and produced by Ikiru Films, closed the 69th edition of the San Sebastian International Film Festival yesterday, 26 September.

This is the third film by Daniel Monzón to be produced by Ikiru Films (after the successful “El Niño” and “Yucatán”), with a screenplay by Jorge Guerricaechevarría, and was presented in the official section, out of competition. At the festival we were able to see all the film crew and witnessed part of the original song that appears in the film.

Today we are more than happy to show you the final result of the song, performed by Derby Motoreta’s Burrito Kachimba.