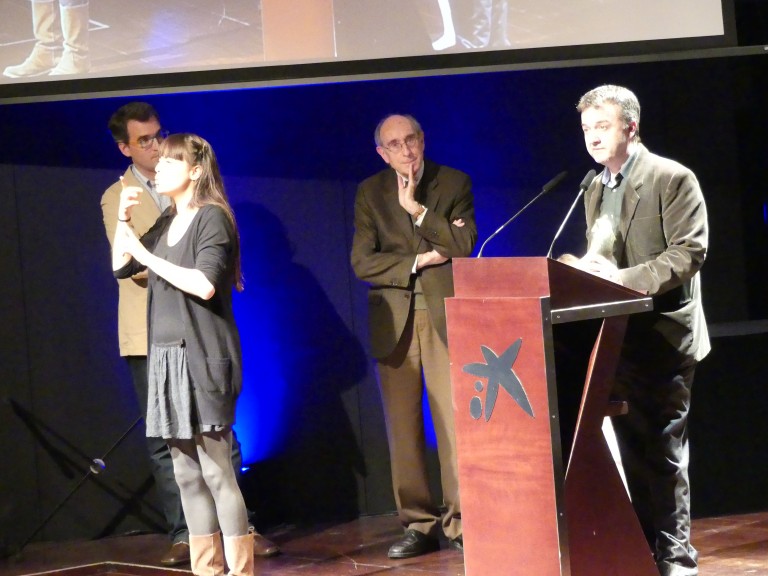 “La Familia Bélier”, “Capture the Flag” and “Francisco. El Padre Jorge” won the “Ola de Oro” in the twentieth edition of the Premios Famila, at a gala in which there was no lack of music, neither families nor good cinema, the cinema that matters: the cinema that has a weigh.

Edmon Roch, producer of Spanish animated film “Capture the Flag”, wanted to emphasize the family nature of these awards collecting the statuette accompanied by his daughter Olimpia and under the gaze of his wife and other daughter in the audience. “We are very proud to collect this award because in a way it means to close the circle” Roch said in his acceptance speech.

This was a reference to the second film from the creators of “Tadeo Jones” that had received “the Gaudí and Goya,” said the producer, but the first prize they received was also for the values ​​of “Capture the Flag” , a film whose core “is not the space travel but family bonds”, emphasized Roch.