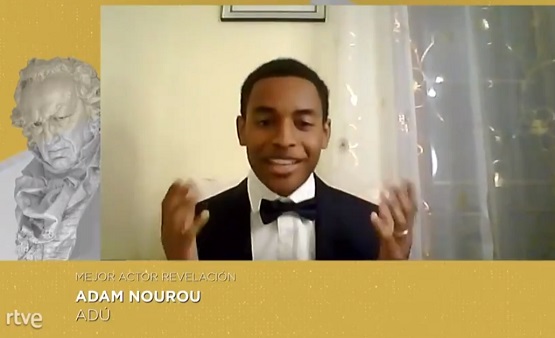 The director of ‘Adú’, Salvador Calvo, has celebrated his Goya for best director in a meeting after the gala, although he has recognized that the one who has made him “special illusion” has been the ‘big head’ for Adam Nourou, becoming so in the first black actor who gets it.

“It seems very fair to me and opens new paths, of course,” he defended, recalling that he was the only one of the three black protagonists in the film who could opt for the Goya as he was older. 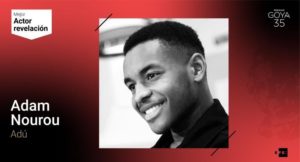 “It is not only their award, I think it includes the award of the other two kids who could not be nominated for being minors and do an equally excellent job,” he assured.

The filmmaker has admitted to having lived a gala “very exciting and very different from other years.” “For my award and because it is true that having achieved 13 nominations made you continually appear: I have been connected all the time with a lot of emotion during the gala,” he said.

Calvo recalled that his previous work, ‘The Last of the Philippines’, and this film are not “so different” either. “With that previous film we were talking about a historical event, but in some way it was also social cinema. It was not a warmonger and turned that historical moment to turn it into a plea against wars: that has continuity with ‘Adú’, although this one be more special, “he stressed.

The director has been “very happy” with this third Goya nomination that “has been the charm”. “I am happy and in a way what these awards have to do is strengthen one’s career. I hope it will serve to open the way to other future projects, which there are, but which today are difficult to raise even if you are a super director. “, it is finished.